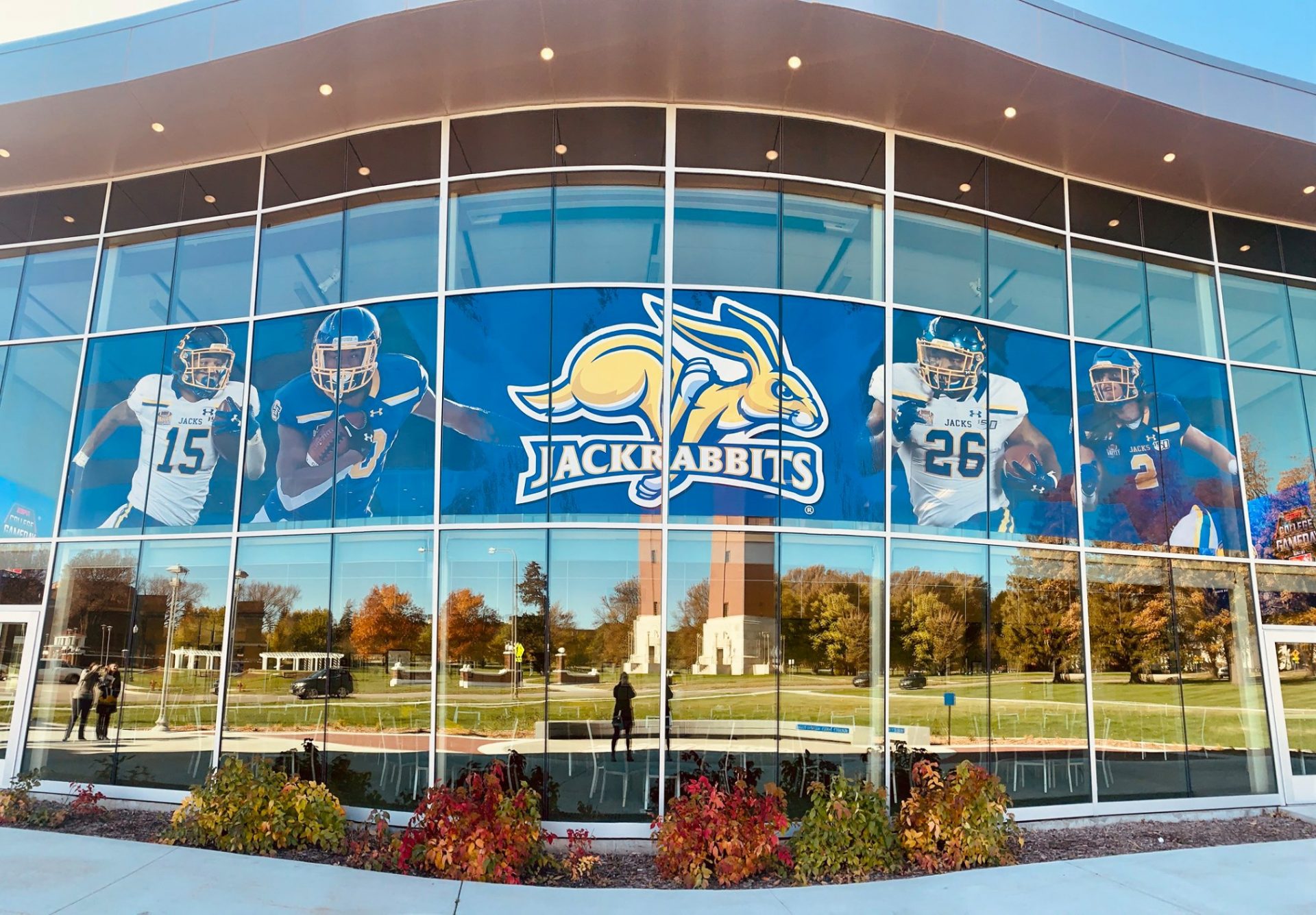 ESPN Comes to SDSU, HS Helps in a Big Way

It was a historic day for South Dakota State University when College GameDay announced it would be rolling into the Brookings campus. The university, city and entire state were abuzz with anticipation of the ESPN crew and a national television audience.

Needless to say, SDSU felt the pressure to perform, on the field, and in front of the camera.

GameDay preparations began immediately, as ESPN crew and SDSU staff discussed the schedule of events, logistics, locations and the million other details that come with a nationally televised event.

ESPN and the University choose a location near the historic Coughlin Campanile with the SDSU Foundation Alumni Center in the background. The beautiful Jerome J. Lohr building was a perfect opportunity to showcase the university’s football program. However, the building’s exterior currently was largely a blank canvas.

With the eyes of the country focused on GameDay and South Dakota State, the SDSU Foundation called HS Sign Shop to build something big and memorable for the big day.

The SDSU Foundation wanted to make the space in front of the building a popular spot. They imagined fans and crowds stopping in the front to take selfies and photos in front of the football graphics they envisioned. But the clock was ticking and the large building windows were still blank.

“We were on the phone with SDSU Foundation discussing it on Tuesday,” says HS Sign Shop Specialist Jason Jellis. “They were designed, printed and installed on-site in less than 48 hours.”

Jellis added that the weather cooperated and that fact helped in turning the project quickly. Here are a few fun facts about the signage itself:

Jellis said, “The SDSU Foundation was very appreciative. It’s always great to work with great people.” Jellis and the HS Sign Shop team are always excited to jump on a challenge.

Do you have a challenge of your own? Challenge HS Sign Shop!