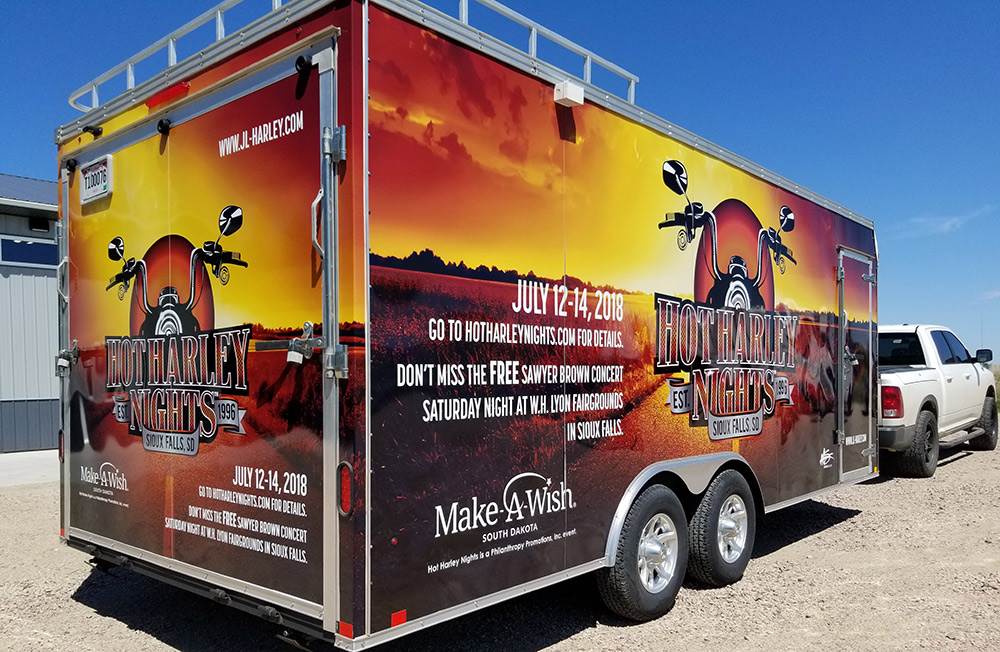 When the HS Sign Shop announced our Wanna Winna Wrap contest, we had no idea how many would enter, who would enter – and least of all who would win our vehicle wrap giveaway. But we knew we would have a fun challenge no matter what. Much to our delight, the winner was J&L Harley Davidson’s Hot Harley Nights – a Sioux Falls biking tradition raising money for Make-A-Wish South Dakota.

Hot Harley Nights was established by J&L Harley-Davidson in 1996 to raise money for Make-A-Wish South Dakota; to give riders a fun reason to ride; and to showcase Sioux Falls City parks and the surrounding area. The event spans three days and involves a family night, casino run, motorcycle parade, live music, raffles, bike show, silent auction, great food and an outdoor party. They have raised over $2.9 million dollars over the past 22 years.

Not only does Hot Harley Nights support a charitable children’s cause, it’s a really cool project to design a vehicle wrap for. And when you’re talking Harleys, you need a design that makes some noise. So the HenkinSchultz team went to work.

For the 20 foot trailer J&L Harley wanted wrapped, we first began by creating an event logo for Hot Harley Nights. This logo features a stylized epic Harley riding straight out of the horizon. The wrap was finished on four sides with a stunning South Dakota prairie sunset set against the open highway.

“We are so grateful to HenkinSchultz for the great work they’ve done,” said Char Roth, Chief Financial Officer of J&L Harley-Davidson. “It’s really going to help us spread the word for Hot Harley Nights and Make-A-Wish.”

In addition to its bold eye-popping colors, HenkinSchultz also designed a space on the trailer wrap that could be easily swapped out yearly with event information. This required a special vinyl application that could be removed without damaging the background design.

“Every vehicle wrap is different,” says Jason Jellis, Partner/Graphic Designer at HenkinSchultz. “But this one was especially fun to work on. It’s going to turn a lot of heads.” 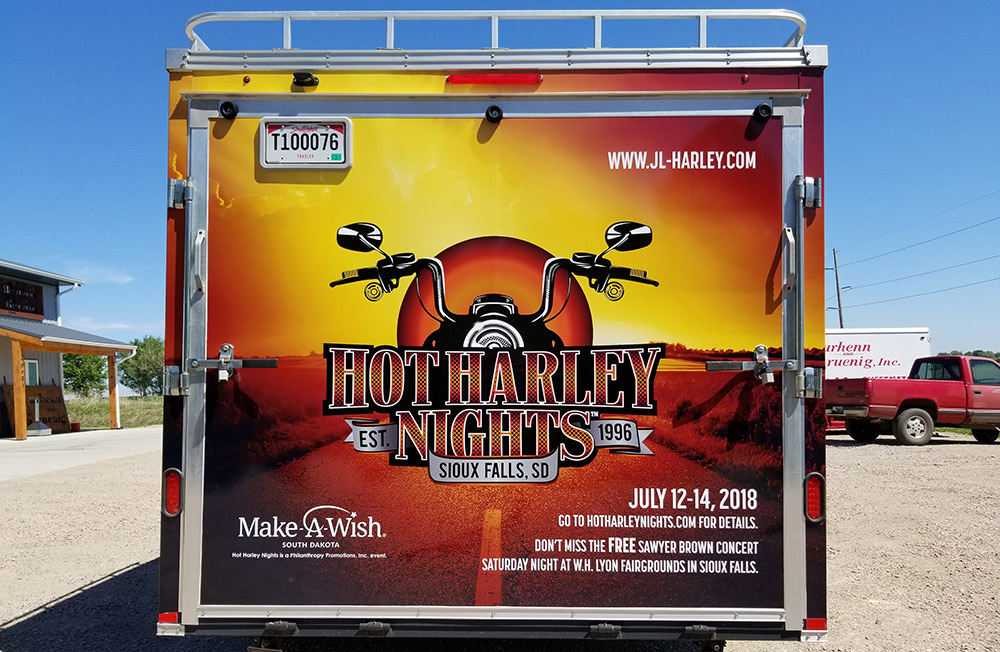 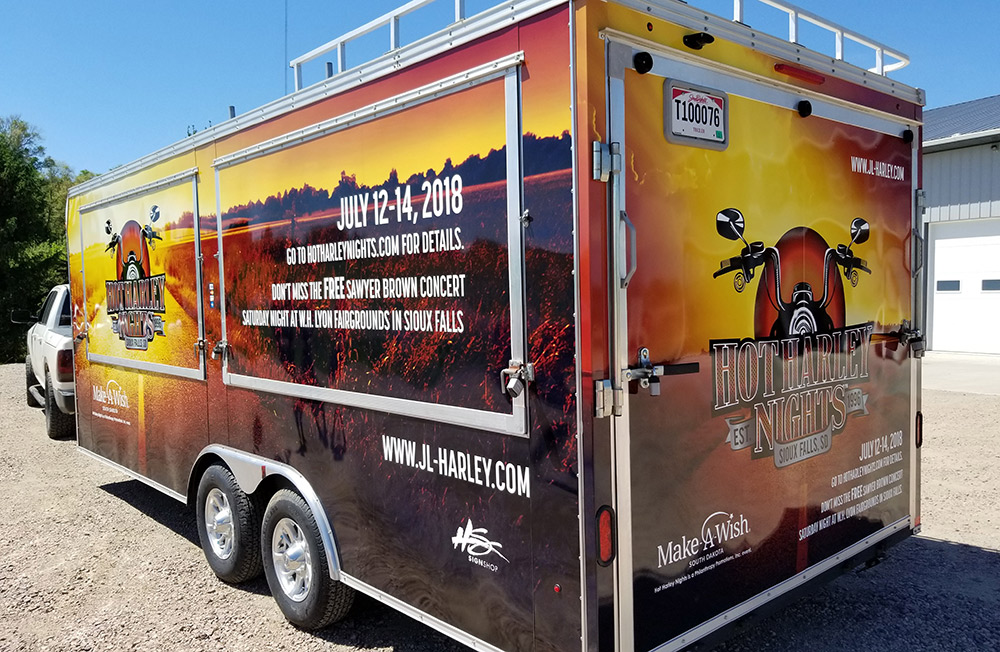 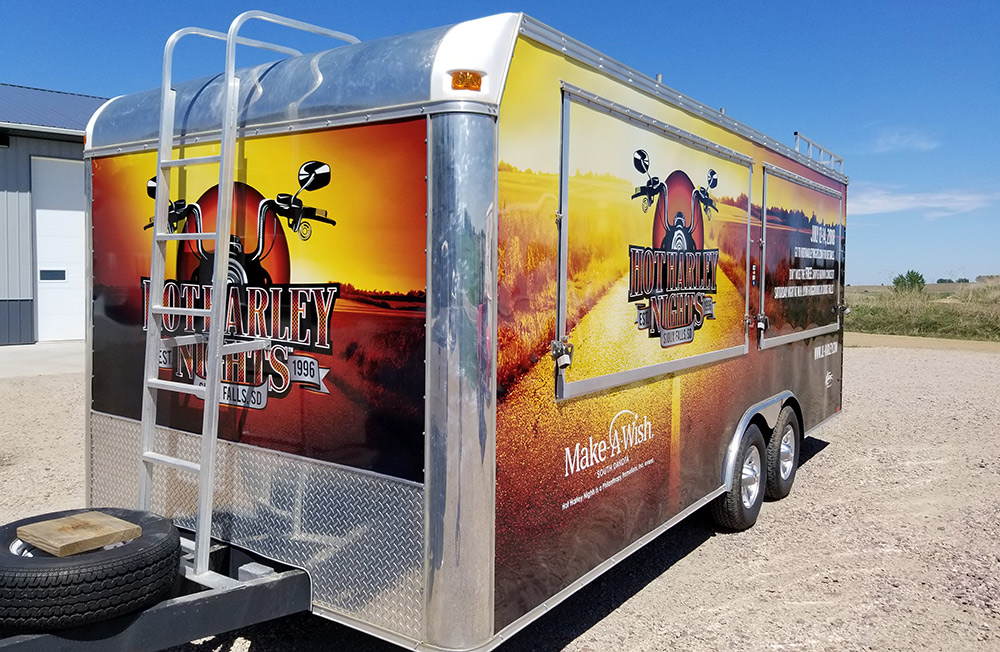 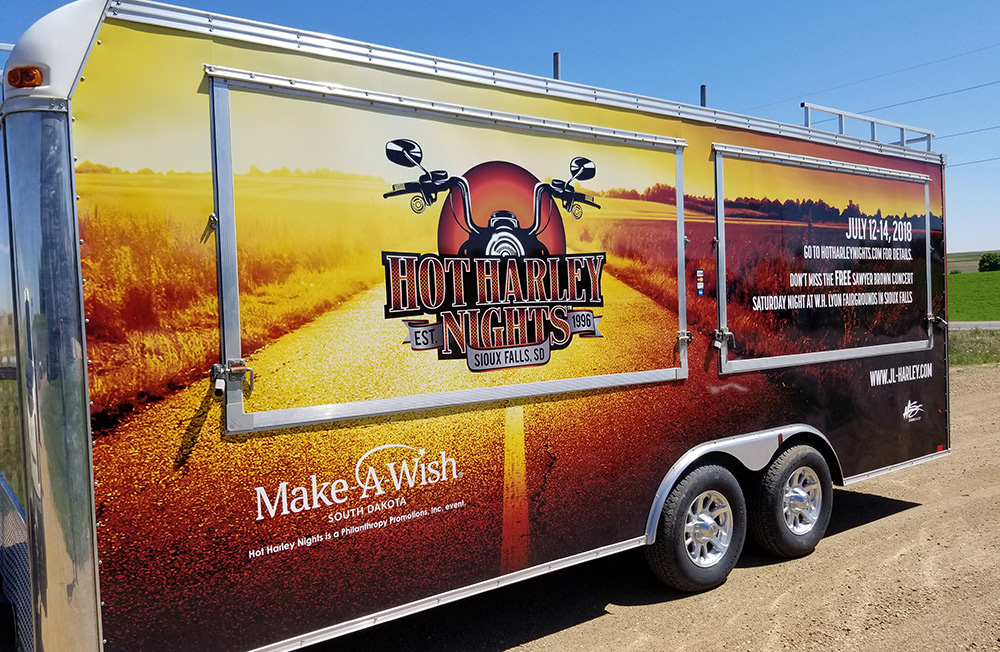